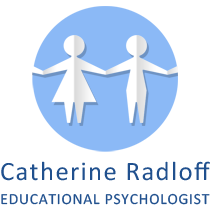 Attention-deficit/hyperactivity disorder (ADHD/ADD) is a neurobiological disorder. It is characterized by developmentally inappropriate impulsivity, inattention, and in some cases, hyperactivity. Although individuals with ADHD can be very successful in life, without appropriate identification and treatment, ADHD can have serious consequences. These consequences may include school failure, depression, behavioural and emotional problems, failed relationships, and substance abuse.

Much emphasis has been placed on the fact that children with ADHD find it difficult to cope within the academic school environment, but less attention has been given to the social and emotional consequences of the disorder. If ADHD is not diagnosed and treated these children are at risk to develop a host of problems.

In studies examining the friendship patterns of children, those with ADHD are consistently rated as the least-liked child in the class. They are the ones who are often bullied and seldom get invited to parties or play dates.

The intrusiveness of ADHD children and their failure to read social cues often result in peers rejecting them. Inappropriate social behaviour include; constantly moving around and paying attention to something other than the peer, not respecting the personal space of other children and interrupting with something unrelated to what the peer was talking about.

In social situations they fail to think before saying or doing something. When playing a game the ADHD child will often take charge and boss the peer around. When they start to lose they often change the rules. They have problems with sharing, taking turns, have low frustration toleration and this is usually displayed in anger outbursts and temper tantrums.

Children suffering from ADHD must explicitly be taught certain social skills. These include: waiting turns and sharing, apologizing for bumping in to others, saying “excuse me” for interrupting, looking people in the eye and not touching others to get their attention.

Children with ADHD offer suffer from feelings of low self worth. The behaviours displayed by these children are frequently responded to with negative comments from others. Further contributing to negative self-esteem is that ADHD does not elicit sympathy. While a depressed child might be treated with more kindness and patience the ADHD child engenders frustration and impatience.

Keep in mind that ADHD children are easily frustrated. Stress, pressure and fatigue can break down the ADHD pupil's self-control and lead to problem behaviour. In fact, what is often described as aggressive behavior in children is often ADHD that has not been properly diagnosed or treated.

It is clear that ADHD if left untreated can contribute to significant social and emotional problems. The use of medication remains controversial, but if we consider the negative impact untreated ADHD has on a child’s social, emotional and academic development, this is indeed a decision that has to be taken very seriously. Common side effects of stimulant medication such as Concerta or Ritalin may have side effects such as loss of appetite or a disturbance of the child’s sleeping pattern. A small, but significant minority might even develop depression. However, given all the potential negative effects, should we not perhaps be posing the question of what risks we are exposing these children to by not medicating them?